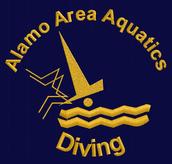 Charly is originally from Corpus Christi, TX. His father, Trey Collins, coached him all the way through his high school years. He was District 30 champion two years in a row and a Region VIII finalist three consecutive years. In 1995, he dived and competed for Palo Alto College in San Antonio, TX by Stan Randall and earned NJCAA All-American status in ’96 and ’97. Charly also coached for 8 years with Alamo Area Aquatics Diving, assisting in the development of divers who were offered college scholarships and competed at national level meets. In 2001, he was part of the cast of professional divers in the show” Viva” at Sea World of Texas, showcasing the arctic animals of the Pacific, combined with synchronized swimmers, aerialists,s and high divers. He joined McCormick Divers in Jan of ’04. Charly is a multi-talented individual, showcasing his musical talents in years past and currently pursuing a 2nd-degree black belt in karate. 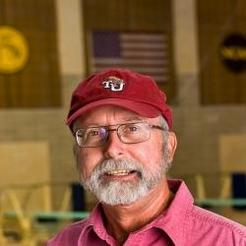 In high school, Rangel graduated from Edison High School. He was Dive Team Captain for 2 years... He also dove with AAAD his Junior and senior year. He was UIL State finalist. He is a diver at Incarnate Word University.

John Ryan will enter his fourth season as Trinity’s assistant swimming coach in the 2020-21 campaign. Coach Ryan spent 25 years as the head coach of the Tiger men’s and women’s swimming teams. He retired from the head coach position in May 2017 and moved into the role of assistant coach. He was appointed head coach in June 1992, and the swim teams began competition the following fall season. It marked the beginning of Trinity’s first-ever varsity swimming & diving program.

The success of Trinity’s teams also extended to the Southern Collegiate Athletic Conference (SCAC) on Coach Ryan’s watch. The Tiger women captured 17 of 19 SCAC Swimming & Diving Championships, including 14 in a row from 2004-2017. Trinity’s men won 10 SCAC Championships during the time period, beginning in 1999.

Seven of his men’s swimmers and four women received SCAC Swimmer of the Year distinction while serving as head coach. Coach Ryan earned SCAC Coach of the Year honors 15 times to include SCAC Coaching Staff of the Year on several of those occasions. Prior to joining the Trinity staff, Coach Ryan oversaw the men’s and women’s programs at Wesleyan (CT) University from 1986-1992. He had 19 individuals achieve NCAA Division III All-America recognition while at Wesleyan. From 1982-1986 he was the head women’s coach at Southern Methodist (TX) University and led a previously unranked team to a top-10 Division I national finish. Coach Ryan’s 1984-85 squad posted an undefeated season, highlighted by a victory over the NCAA national champion the University of Texas.

Coach Ryan had earlier ties to San Antonio in his career. He was the head coach of the San Antonio Aquatic Club (SAAC) and the aquatics coordinator of the North East Independent School District from 1976-1982. Coach Ryan organized the North East Summer Swim League in 1977 and enlarged the program to over 30 teams by 1982. In the fall of 1977, Coach Ryan brainstormed the founding of the Alamo Area Aquatic Association (AAAA), which has helped coordinate club and high school swimming in the greater San Antonio aquatics community.

A former U.S. Army officer, Coach Ryan served as the swimming coach of the United States Modern Pentathlon Training Center at Fort Sam Houston (in San Antonio) from 1970-1972. He was on the staff of the gold-medal-winning USA team at the 1971 CISM (international military sports) in Thun, Switzerland. Three of his athletes competed for the USA Modern Pentathlon team at the 1972 Olympic Games in Munich, Germany. After the Munich Games, Coach Ryan completed a tour of duty in the former Republic of Vietnam (South Vietnam) before leaving the service in 1973.

Coach Ryan earned a bachelor’s degree from Bowdoin (ME) College in 1969 and a master’s in education from The College of William and Mary (VA) in 1976. While in graduate school in 1973, Coach Ryan founded the Peninsula YMCA Swim Team at Newport News, Virginia. His team won the 1975 Virginia Amateur Athletic Union (AAU) Age Group Championship, and the squad later finished fourth at the national YMCA Championships. 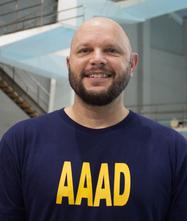 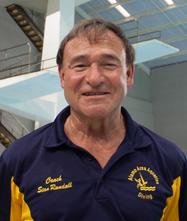 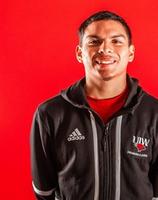 I started gymnastics when I was seven years old, and it was a major part of my life that helped introduce me to the sport of diving.  My accomplishments in gymnastics include state champion in vault twice (level 6 and level 9) and regional qualifier as a level 8 (twice) and level 9 (twice).  I started diving recreationally when I was thirteen and transitioned from being a gymnast to a diver during my junior year of high school. I reached level nine in gymnastics  before deciding to switch lanes and make dive my athletic priority.  Gymnastics has benefitted my air awareness while diving; however it was a challenge adjusting my timing when it came to diving into water, rather than landing on a floor.   I will be working on this over the next 3-6 months by diving with Kentucky Diving Club as well as my high school team.

Scholastically, the courses I enjoy most are creative writing,  AP English Language, and sociology. Creative writing has been a major focus in my life for three years. When I was in eighth grade, I began playing the ukulele and writing music. Writing brings me tremendous joy both as leisure and in academics.  I am excited to continue creative writing in my high school courses, and plan to do so in college.  AP English Language is very different from my previous creative writing courses. This class has enabled me to improve my essay writing and helped me acquire skills I hope to use in the future.  As Sociology is the study of environmental impacts on social behavior, and music and creative writing can be expressions of human emotion, I hope to utilize all these areas for a future career.

I am a hard-working, compassionate person.  Scoring points for my team and helping us achieve city and regional titles in the past was very rewarding.  We have our sights set on a state title and I will work tirelessly to contribute to that achievement.  I feel the discipline gained from gymnastics and my co-curricular activities will prepare me for my athletic future.  They certainly motivate me to continue into the collegiate ranks.  ​ 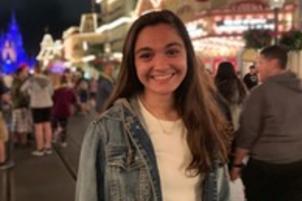